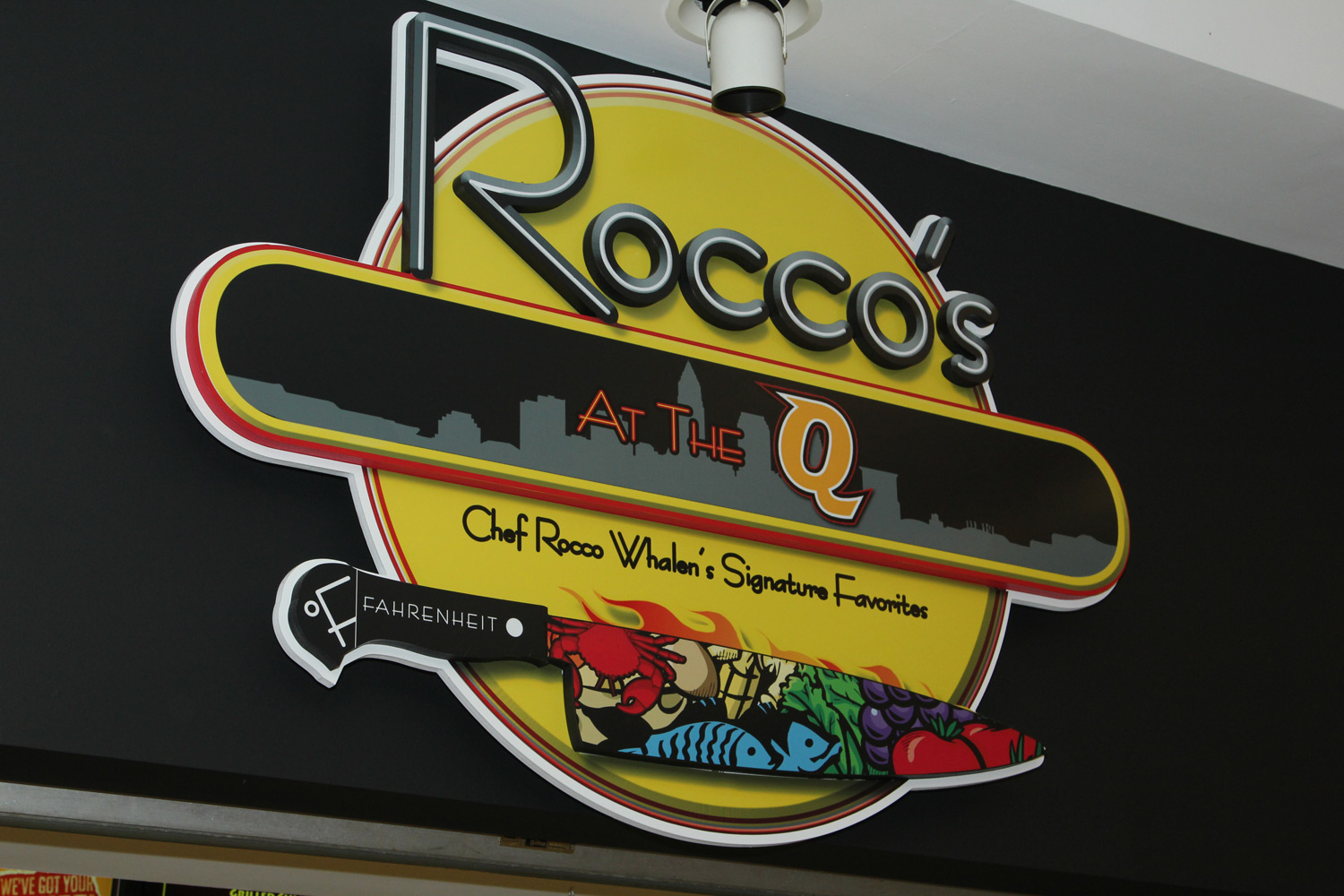 About Rocco’s At The Q

Rocco’s Nachos & Tacos
CLEVELAND, OH – January 24th – Yet another favorite Cleveland chef has created a menu of his signature specialties to serve up at Quicken Loans Arena. Executive chef and owner of the popular Fahrenheit in Cleveland’s Tremont neighborhood, Rocco Whalen is open for business on The Q’s main concourse with “Rocco’s Nachos & Tacos.” Teaming up with the Cleveland Cavaliers and ARAMARK—The Q’s exclusive food and beverage provider—Chef Whalen is giving the traditional southwest fare his own unique American contemporary flair just for fans attending Cavs games and events at The Q.

Whalen joins Cleveland native, Food Network star and award-winning chef Michael Symon in bringing his signature cuisine to his own branded location at The Q. Symon’s two locations, “B Spot” and “Bar Symon,” opened in 2009. Rocco’s Nachos & Tacos, located at section 110 on The Q’s main concourse, is open during Cavs games and a majority of arena events.

“I am very excited to bring my passion for Cleveland, its sports franchises and its food to fans at The Q,” said Chef Rocco. “Enjoy the tacos!”

“We are pleased to have two of Cleveland’s own culinary powerhouses in Rocco Whalen and Michael Symon contributing to the variety of delicious food offerings we have at The Q,” said ARAMARK General Manager Kelly Romano. “In working with both Rocco and Michael, we very quickly learned that the secret ingredient to their incredible recipes is their Cleveland pride.

“In addition to Rocco’s Nachos & Tacos, we are also welcoming several new local favorites to our family including former Cavalier Elmore Smith’s Smokehouse BBQ ” added Romano. “We encourage everyone who comes to The Q to come hungry!”

Former Cleveland Cavalier and barbeque extraordinaire Elmore Smith brings his signature flavor to fans at The Q. Located at section 108 on the main concourse, Elmore Smith’s Smokehouse features beef brisket, chicken and pulled pork, all smoked in-house, and then finished with one of Smith’s all-natural, gourmet sauces.

Chef Michael Symon has also added some zest by introducing new items to B Spot and Bar Symon menus. B Spot, voted Best Burgers in America at the 2010 and 2011 SoBe Wine & Food Fest, is now serving up his Vanilla Bean Apple Pie Bacon milkshake and chili cheese fries, in addition to its signature lineup of burgers, brats and craft beers. Bar Symon is adding bold specialties such as a pork pastrami sandwich and “Uptown Sides” of short rib nachos, Lola fries and fried brussels sprouts to the well-rounded menu. (B Spot is located on The Q’s main concourse next to the Cavaliers Team Shop. Bar Symon is located at section C125 on the Huntington Bank Club Level (Level 4).

“Enjoying great food is a big part of a fun night out and the total fan experience when coming to The Q,” said Cavaliers and Quicken Loans Arena President, Len Komoroski. “Working with ARAMARK to offer an ever-evolving menu of exciting, high-quality food options is another example of how fan satisfaction is our top priority.”